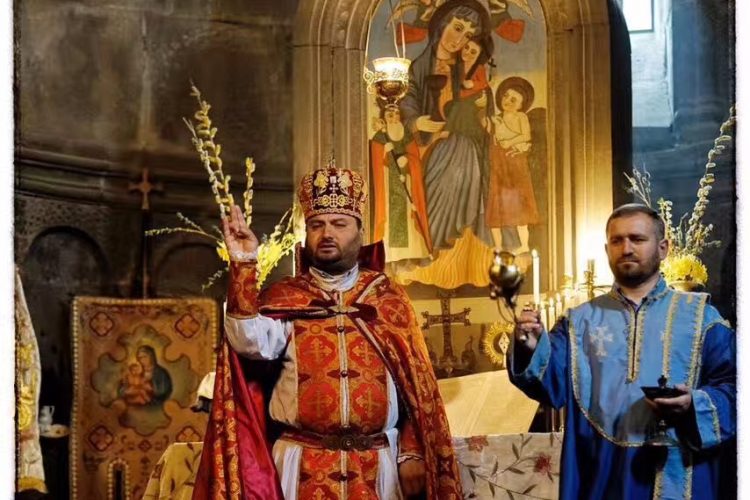 Christian pilgrimage was first made to sites connected with the birth, life, crucifixion and resurrection of Jesus. Pilgrimages were, and are, also made to Rome and other sites associated with the apostles, saints and Christian martyrs, as well as to places where there have been apparitions of the Virgin Mary. During the tours you will have meetings with priests.

Transfer form the airport to the hotel. Breakfast in the hotel. Observing city tour in the capital of Armenia. During the city tour you will get acquainted with the main streets and the main buildings of Yerevan, will visit the depository of the manuscripts, Matenadara, where 18000 pieces of works are kept. These works are included into UNESCO World Heritage. Tour t Etchmiadzin, during which we will visit the Mother Cathedral, will have a meeting with the priest.  Tour to Zvartnots Cathedral, which is a 7th-century cathedral. Now in ruins, it is located at the edge of Etchmiadzin. Cathedral and Churches of Etchmiadzin and the Archaeological Site of Zvartnots are included in the UNESCO World Heritage List. Back to Yerevan. In the evening we will have welcome dinner in a traditional Armenian restaurant with national songs and dances.

Breakfast in the hotel. Tour to Garni, the only pagan temple left in Armenia. It is a blend of Greco-Roman and Armenian styles built by King Trdat I in the first century A.D. and dedicated it to the God of Sun. Then we will keep our way to Geghard. Geghard monastery (13th century) carved out of the adjacent mountain and initially called Ayrivank (the Monastery of the Cave ) is included in the World Heritage Site. Due to the fact that the famous spear, with which the Roman soldier wounded Jesus, was kept here for 500 years, the monastery was called Geghardavank (the Monastery of the Spear). Here we will have a meeting with the priest. On the way back to Yerevan we will have a stop near memorial arch made in honor of a prominent Armenian writer Yeghishe Charents can be seen. A magnificent view of Ararat and Armenia opens from the arch. Overnight in Yerevan.

Breakfast in the hotel. Tour to Khor Virap, which is one of the three holy places in Armenia and the closest point to the mount Ararat. The notability as a monastery and pilgrimage site of the monastery is attributed to the fact that Gregory the Illuminator was imprisoned here for 13 years. Then we will have a stop in Areni winery, which is famous for its wines. Tour to Noravank Monastery (13th-century), which is best known for its two-storey Surb Astvatsatsin church (to get to the second floor one need to take the narrow stone-made staircase jutting out from the face of the building) and the breathtaking view to the gorge. Here we will have a meeting with the priest. Overnight in Goris.

Breakfast in the hotel. Tour to Tatev Monastery. When in Tatev monastery ( 9th century) one can enjoy the splendid architecture of the monastic complex, the breathtaking view to the deep gorge, see the oil press facility built in the 17th century. And last but not least, to get to the monastery one will need to take the “Tatever” cable car, which was recorded by Guinness World Records as the longest non-stop double track cable car. Meeting with the priest in Tatev Monastery. Tour to Khndzoresk, a cave village where people used to live till the second part of the 20th century. Now some of the artificial caves are currently used as stables and warehouses. Here the 160-meter long swinging bridge connects the two banks of the village, old and new Khndzoresk. Overnight in Goris.

Breakfast in the hotel. Then we will take our way to Gegharkunik region. On the way we will have a stop in Selim, where the Silk Road once was passing. We will visit Noratus, which is famous for its cemetery. In the old part there are 800 cross-stones dating from the 9-17th centuries. This is the second largest historical cemetery after the one in Jugha, Nakhichevan. Then come Lake Sevan, Sevanavank monastery on the peninsula.

Breakfast in the hotel. Tour in Dilijan spa city, which is also called “Armenian Switzerland” or “Small Switzerland”. Then we will visit Haghartsin monastic complex (13th century), located near the town of Dilijan. Haghartsin monastery, together with Goshavank monastery, may become a part of a natural site based on the state protected area of Dilijan National Park. We will have a meeting with the priest. Later we will visit Lake Parz. Then back to Yerevan.

Transfer to the airport from the hotel. 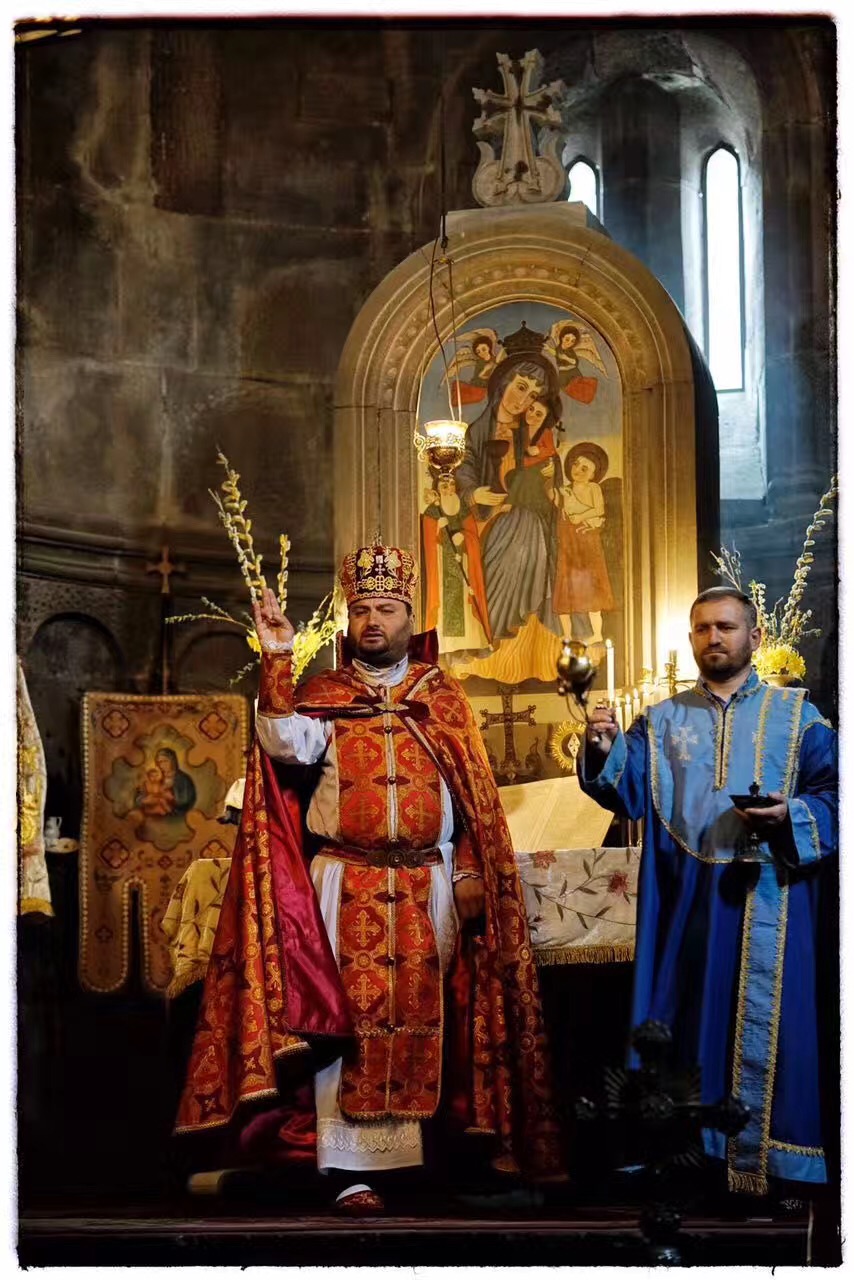 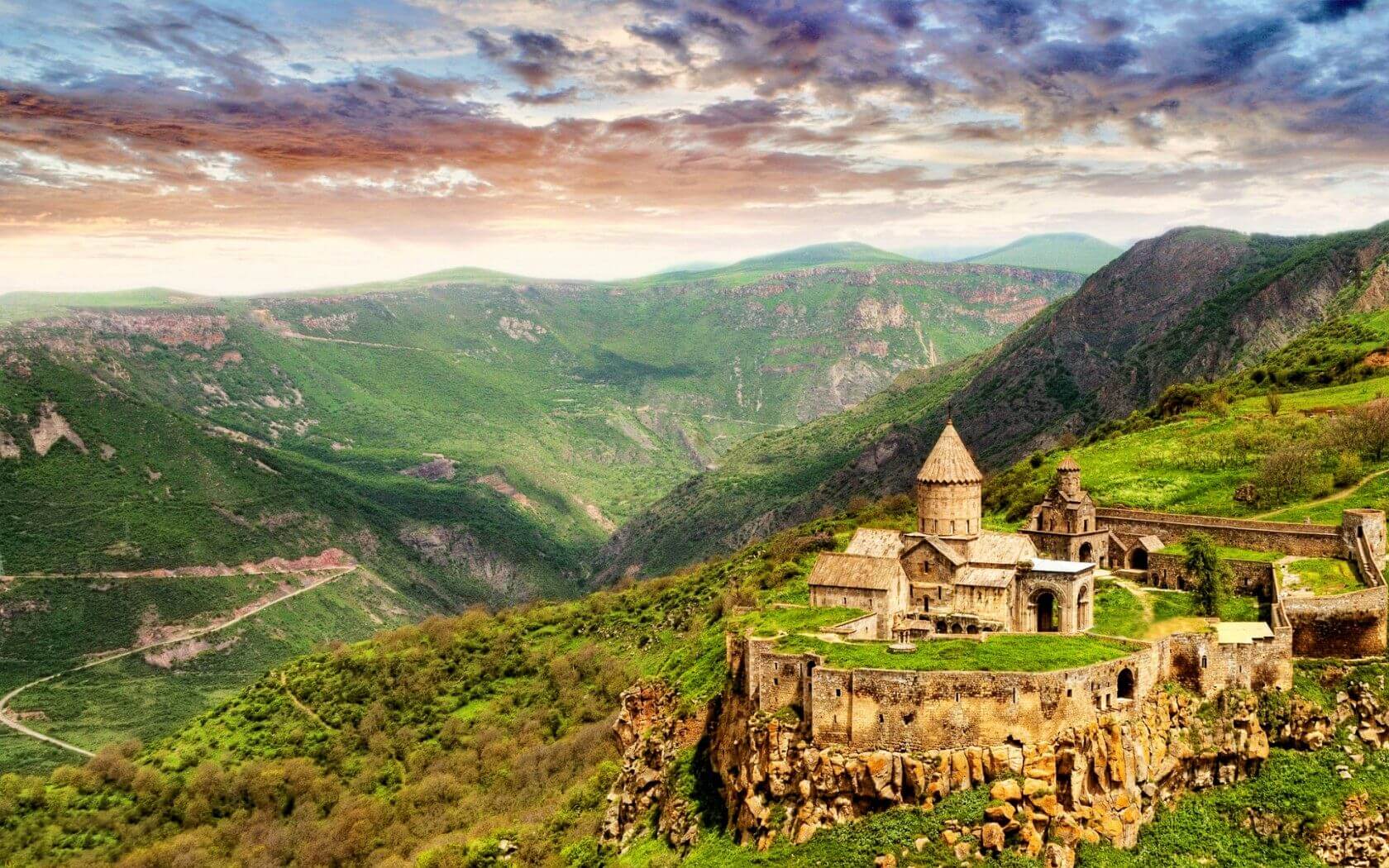 Back to All Tours